Born in Woodville, Miss., in 1895 and raised in Little Rock, Ark., William Grant Still was an arranger, conductor, multi-instrumental performer, and composer who blazed trails for African-American artists. He was the first African-American composer to have a symphony performed by a professional orchestra in the U.S., the first to conduct a major symphony orchestra in the United States, and the first to have an opera performed by a major opera company. His Troubled Island was also the first opera by an African-American to be nationally televised. Still advocated for African-American art and artists by setting many poems of the Harlem Renaissance to music and incorporating the rhythms and harmonies of jazz and blues into his works. The more than 150 works written during his career ranged from operas to ballets, from symphonies to chamber works, from vocal works to arrangements of folk themes, especially Negro spirituals.

William Grant Still’s music education began with violin lessons at the age of 15, after which he taught himself to play several other instruments, including the cello and the oboe. After graduating as valedictorian of his high school class, Still bowed to his mother’s wishes and studied medicine at Wilberforce University in Ohio, but he ultimately dropped out and took up studies at Oberlin Conservatory of Music and later the New England Conservatory. Still’s talent was so prodigious that he was awarded scholarships at both institutions, as well as for his studies with modern French composer Edgar Varèse.

He initially paid the bills by entering the world of commercial music, playing in orchestras and arranging for such luminaries as W. C. Handy, Sophie Tucker, and Artie Shaw. Though this work would continue throughout his career, including film scoring and working as an arranger for theatre orchestras and early radio, Still aspired to become a composer of concert music and opera. His first experiences as a serious composer came in New York in the 1920s. He would later be financed by extended Guggenheim and Rosenwald Fellowships, as well as important commissions from the Columbia Broadcasting System, the New York World’s Fair, Paul Whiteman, the League of Composers, and the Southern Conference Educational Fund.

The 1930s and 40s were especially fruitful for Still, with increasingly more major orchestras performing his compositions. After moving to Los Angeles in the early 1930s, citations from numerous organizations were awarded, as were two more Guggenheim Fellowships and a second Julius Rosenwald Foundation Fellowship. Still received honorary degrees from Wilberforce University, Howard University, and Oberlin College, and the honors would keep coming until his death from heart failure in 1978.

Still’s music had a distinctly American sound and managed to attract the attention of the greatest conductors of his era. A notable example came in December 1944, when he was unanimously voted as the winner of the Cincinnati Symphony Orchestra’s Jubilee Prize for “Best Overture." More than 39 composers, whose identities were not revealed to the judges, entered this nationwide competition held in celebration of the orchestra’s 50th anniversary. The orchestra gave the world premiere of the work just one month later, and it was warmly received. Said Eugene Goossens, then-Music Director of the Cincinnati Symphony Orchestra, in the program notes, “It bespeaks the pride of the composer in his native land, the warmth of the American people, and the grandeur of Scenic America.” 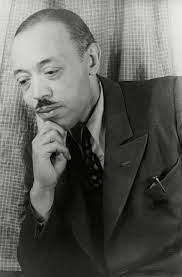