Maestro Lawrence Eckerling will explore the concert program in depth. 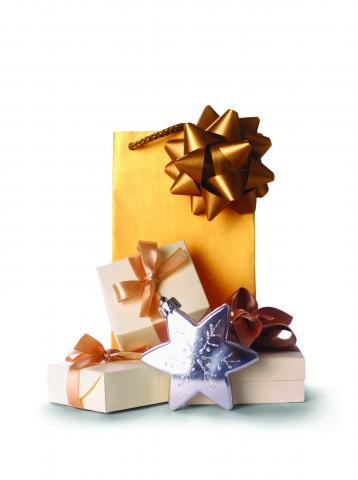 Program notes for all ages

The Evanston Symphony Orchestra now offers three different program books at our subscription concerts so all can enjoy the concert to the full. We have KidNotes to help younger audience members learn about the concert and include puzzles and other 'fidget-reducing' activities. We also offer large-print programs for patrons with reduced eyesight, and then our regular program books, all of which contain so much information to help you enjoy the concert.

The Evanston Symphony Orchestra is delighted to have secured funding to provide free music education classes, Music In Your World, to all 430 students in District 65’s Early Head Start, Head Start and Pre-K programs this coming academic year. In the past year we have added music classes for the home-visiting families in Early Head Start.

We thank Evanston Community Foundation, The Kiwanis Club of Evanston, and North End Mothers Club for their support.

The Evanston Symphony Orchestra has received a generous bequest from the estate of Anne Dow Weinberg. Ms. Weinberg regularly attended our concerts and was a good friend of Rick Greene, one of our longest serving French Horn players. Ms Weinberg is now a member of our KeyNote Society. Membership in the KeyNote Society is a reflection of the highest individual commitment to the future of the Evanston Symphony Orchestra.

The Evanston Symphony Orchestra played a wonderful free concert on May 19 with a finale that included 120 D65 middle school students. Generous donations at the concert and support from local businesses raised nearly $4,500 which will be used by D65 orchestra teachers for instrument rentals and repairs in the coming year.

A Community of People

Since its inception in 1936, the North Shore Choral Society (NSCS) has grown to combine 120 voices in what is the preeminent mixed chorus on the North Shore. Over the years, it evolved from programming shorter works to presenting major choral compositions such as Bach’s St. Matthew Passion and Brahms’ German Requiem.

Music In Your World Brings Music Education to Evanston Preschoolers 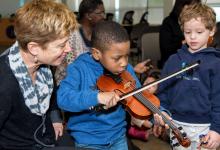 "Equitable access to a complete education is a human right."
–League of American Orchestras, July 2020 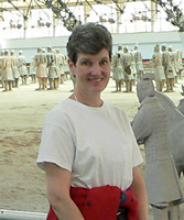