Most memorable performance with the ESO

October 24, 2010, because it was the first concert I played with the ESO. The program included the Academic Festival Overture by Brahms, Beethoven’s Triple Concerto, and Tchaikovsky’s Symphony No. 4.

It’s challenging to prepare for a concert, but it’s fun and rewarding to play for an audience. I listen to classical radio a lot and I enjoy hearing a piece I’ve played with the ESO. It’s nice to be able to say, “Hey, I’ve played that.” Being in the ESO frequently introduces me to pieces that aren’t as familiar such as Rainbow Body by Christopher Theofanidis, which we performed in 2012. At first I thought it was an unusual piece, but it ended up being one of my ESO favorites.

Beethoven’s Symphony No. 6 (“Pastoral”) and the Five Variants of Dives and Lazarus by Vaughan Williams.

When I’m not playing with the ESO, I’m…

Practicing the piano. It’s an instrument I’ve always wanted to play and I’m having fun learning it.

Something most people don’t know about me

I played the viola for a short time in grade school before I made the permanent switch to cello. In my spare time, I enjoy playing video games. The “Call of Duty” series is one of my favorites. 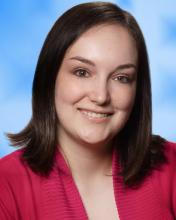