Did you know Antonín Dvořák (1841-1904) initially had no interest writing a cello concerto because he believed the cello was only suitable as an orchestral instrument and not for a solo concerto? Fortunately for us he changed his mind. After attending a cello concerto performance written by composer Victor Herbert, Dvořák was inspired to write his own. In fact, Hanuš Wihan, a cellist and friend of Dvořák’s, had been asking the composer to write a cello concerto for some time. Composed between 1894 and 1895, the Cello Concerto in B Minor was the final concerto Dvořák wrote. The piece premiered in London by British cellist Leo Stern in March 1896, and even today the piece is still enjoyed by audiences (and cellists!) everywhere and is considered to be one of the greatest cello concertos.

Between 1892 and 1895, Dvořák was the musical director of the National Conservatory of Music located in New York City, where its founder, Jeannette Meyer Thurber, offered him the job—he was already an established composer. While the Czech-born composer moved to the United States to fill the position, his stay was short-lived because he missed home. Around the time he began composing the cello concerto, Dvořák learned Josefina—his unrequited love—was ill back home. (Josefina turned down Dvořák, so he married her sister, Anna, who was with him in the States.) As an expression of his love to Josefina, he incorporated one of her favorite songs within the piece.

Soloist Sihao He will perform Dvořák’s Cello Concerto in B Minor with the Evanston Symphony Orchestra on Sunday, May 22. Other pieces on the program include Tchaikovsky’s Romeo and Juliet and Zhou Tian’s Transcend. Grammy-nominated composer Zhou Tian will be in attendance at the concert and at the Musical Insights presentation the Friday before. 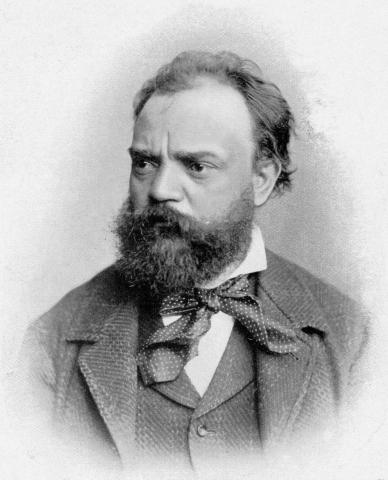