Leonard Bernstein is America’s maestro. He is one of the most important conductors and composers of his time, and the first American conductor to receive international acclaim. According to music critic Donal Henahan, Bernstein was "one of the most prodigiously talented and successful musicians in American history."  He was born in Lawrence, Massachusetts, the son of Ukrainian-Jewish parents who immigrated to the U.S. from Rivne, in present-day Ukraine. Unlike many famous conductors and musicians, Bernstein did not come from a musical family. He began by teaching himself piano and music theory at age 10, and the rest is history.

Not only did he become the music director of the prestigious New York Philharmonic, but in 1953 he became the first American conductor to appear at La Scala in Milan, Italy, where he performed with soprano, Maria Callas.

Bernstein was the recipient of many honors, across many musical genres. He received seven Emmy Awards, two Tony Awards, 16 Grammy Awards, including the Lifetime Achievement Award, and the Kennedy Center Honor. He was a prolific composer, including the creation of three Symphonies and the moving Chichester Psalms.

Many of us know him for the popular music he wrote for Hollywood films, such as On The Town, released in 1949 and starring Gene Kelly, Frank Sinatra, and Ann Miller, and West Side Story first released in 1961, starring Natalie Wood and Rita Moreno, and remade by Stephen Spielberg in 2021.

Indeed, Bernstein is a household name in the United States, with many musicians finding one degree of separation between themselves and the maestro. ESO’s own maestro, Lawrence Eckerling, had the honor of being one of his conducting students at the famous Tanglewood Music Center in Massachusetts. According to Eckerling, “Bernstein’s ability to apply a classical music composing approach to West Side Story is what made it so groundbreaking.”

The Evanston Symphony Orchestra is honored and excited to perform Bernstein’s Symphonic Dances from West Side Story as the first piece of our first concert of the season. The Symphonic Dances are filled with audience favorites, with familiar tunes, creative orchestration, and beautiful solos that feature string, woodwind, and brass instruments.

After the assassination of John F. Kennedy, Bernstein famously said, “This will be our reply to violence: to make music more intensely, more beautifully, more devotedly than ever before." The Evanston Symphony aims to do just that as we present this energizing and inspiring music for you on October 30.

For tickets and more information, call 847-864-8804 or visit evanstonsymphony.org. 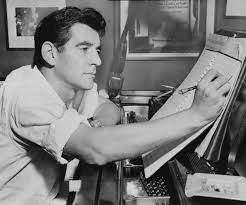