Florence Price was the first African-American woman to compose a symphony which achieved a live performance. The Evanston Symphony is proud to include her orchestral masterpiece, the tuneful Third Symphony, on the opening concert of our series spotlighting women artists. An Evanston favorite, Ukrainian-American pianist Inna Faliks shares this spotlight in the virtuoso solo part of Rachmaninoff’s Rhapsody on a Theme of Paganini. The concert opens with the orchestral suite from Leonard Bernstein’s ground-breaking and ever popular West Side Story.

All patrons are required to be fully vaccinated, including a booster, and are required to show proof of vaccination (read more detail) to attend our 2022-23 subscription-series concerts. For the comfort and safety of everyone, masks also continue to be required for our performances. The ESO may make changes to vaccination/masking policies depending for future events. 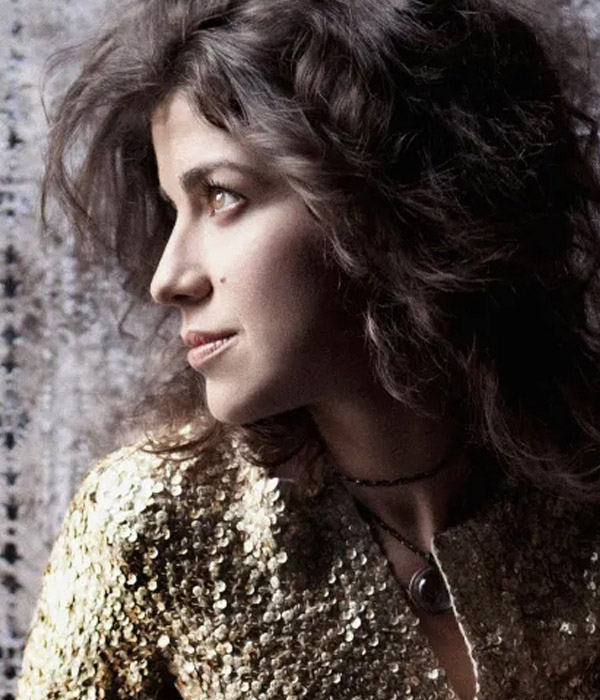 SYMPHONIC DANCES FROM WEST SIDE STORY

Leonard Bernstein’s brilliant achievements as a triple-threat musician—conductor, composer and pianist—sprang from prodigious energy and originality. He had scarcely completed post-graduate studies when Artur Rodzinski tapped him to become assistant music director of the New York Philharmonic Orchestra. When Bruno Walter fell ill, the unknown Bernstein stepped in to conduct a concert without rehearsal. Overnight, an American musical hero was born, destined to become a trailblazer. By the time he was appointed (at the age of 38) the first American-born music director of the Philharmonic, Bernstein was a respected serious composer, with a widely varied catalog of works. There were ballets, film scores, Broadway musicals, symphonies and music with religious roots. Through his award-winning TV series of music appreciation, he became the most recognized American musician in history. Who but Bernstein could have so heightened the drama of the crumbling Berlin Wall by conducting the Beethoven 9th and changing a single word in the finale—from “joy” to “freedom?” West Side Story—part opera, part Broadway show—is Romeo and Juliet among the violent Manhattan street gangs. These Symphonic Dances, unified by the tender love song, “Maria,” superbly demonstrate Bernstein’s jazzy vitality, impudence, and sentiment.

SYMPHONY NO. 3 IN C MINOR

In 2009, a couple bought an old house in St. Anne, a tiny community in Kankakee County. In the attic, they found boxes filled with yellowed sheets of music—every piece written by the same woman—Florence Price. “Who is Florence Price?” they wondered.

The dilapidated house was Florence Price’s summerhouse, long abandoned. The discovery jump-started the renaissance of one of this country’s important musical figures, a Black woman composer with strong ties to Chicago and to the Chicago Symphony Orchestra (CSO), whose music had long been overlooked, neglected, and dismissed.

When she grew up in Little Rock, her father, a prosperous dentist, was one of Little Rock’s most highly respected Black men. But Florence saw herself as part of a larger musical world. In 1903, she began studies at the New England Conservatory of Music in Boston. After graduation, she returned to Little Rock to teach. She continued to give organ and piano recitals, married Thomas Jewell Price, started a family, and settled into a comfortable
middle-class life in a predominantly Black neighborhood in Little Rock. She spent the summers of 1926 and 1927 in Chicago, studying composition, which placed her on the cusp of the Black Chicago Renaissance.

But even in Chicago, composing music did not come easily. Her husband was often without work; he grew angry and abusive and moved out of the family home. Price was granted a divorce and custody of their two daughters. By then she had begun to write music on a larger scale, reflecting a new certainty that composing was her calling. As she struggled to put her life back together and become the composer she wanted to be, in a world that viewed her through a prism of fierce prejudices, she cannot have dreamed what would happen: that Frederick Stock and the CSO would give the world premiere of her symphony at the 1933 World’s Fair—the Century of Progress International Exposition.

In February 1932, Price entered four works in the Rodman Wanamaker Competition, established to support African American composers. Price’s symphony took the $500 first prize in the orchestral category. That same year, Stock was named music advisor for the exposition to honor Chicago’s centennial and began to look for scores to represent the state of music in America. He picked her unpublished first symphony as the centerpiece of a concert to be given on June 15, 1933, in the Auditorium Theatre by the CSO. Despite the excitement and applause that night, no one at the time recognized the history book significance of the occasion: this was the first performance of a large-scale composition by a Black woman composer given by a major U.S. orchestra.

Price completed her Third Symphony in 1940, nearly a decade later. Price said her symphony was “intended to be Negroid in character and expression.” In other words, its roots lie deep; it is not merely a European symphony decorated with borrowed melodies. “No attempt,” she wrote, … has been made to project Negro music solely in the purely traditional manner. None of the themes are adaptations or derivations of folk songs. The intention behind the writing of this work was a not too deliberate attempt to picture a cross-section of present-day Negro life and thought with its heritage of that which is past, paralleled or influenced by concepts of the present day.

Price’s Third Symphony, then, is truly a “new world” symphony. As in the old European model—including Dvořák’s New World Symphony—there are four movements in familiar sequence: a broad and vigorous opening Allegro in sonata form, a slow movement, a dance-like “scherzo,” and a big, rousing finale. But the material they are made from—the colors of their harmonies, the cut of their melodies, the sonorities of the instrumental combinations—often come from a different world.

The Third Symphony marks an advance over the score Stock introduced. Price is writing for a larger orchestra than before, with a particularly active percussion section, and she shows a more highly refined sense of instrumental color. The music is as richly melodic as her earlier scores, but Price’s harmonies have grown more complex, even tonally ambiguous. The slow second movement is rooted in a kind of call-and-response use of antiphonal choirs of instruments, with a suggestion of an “Amen” cadence at the end. For the third movement—where Mozart wrote minuets and Beethoven composed scherzos—Price writes “Juba,” based on the syncopations of “pattin’ juba”—the sort of slave fiddler and banjo player music Solomon Northup describes in his 1853 autobiography, Twelve Years a Slave.

The finale is more conventional, but no less stirring.

In one of her letters to Koussevitzsky, from the autumn of 1941, Price tries to find convincing words for her distinctive music and her very modern understanding of Black music’s consequential—and essential—place in American life and culture:

I have a symphony in which I tried to portray a cross section of Negro life and psychology as it is today, influenced by urban life north of the Mason and Dixon line. It is not “program” music. I merely had in mind the life and music of the Negro of today and for that reason treated my themes in a manner different from what I would have if I had centered my attention upon the religious themes of antebellum days, or yet the ragtime and jazz which followed; rather a fusion of these, colored by present cultural influences.

It appears that her time has come at last. Today Florence’s music can be heard around the world, just like she dreamed when she was young.