Considered to be one of the major composers of the 20th century, Sergei Prokofiev (1891-1953) was also an accomplished pianist and conductor. His musical education began at an early age when his mother­–who was a talented pianist herself–taught him piano and took him to opera performances in Moscow. He continued his music education at the St. Petersburg Conservatory completing composition study in 1909, graduating with performance degrees in piano and conducting in 1914.

He left his homeland during the Russian Revolution in 1917 traveling to various locations in the United States and Europe where he continued to make a living composing and performing. Prokofiev’s Violin Concerto No. 2 in G Minor was inspired by his travels as the piece developed in many places. The first movement of the piece was written in Paris, France; the first theme of the second movement in Voronezh, Russia; the instrumentation was completed in Baku, Azerbaijan; and the piece premiered in Madrid, Spain.

Composed in 1935, Prokofiev’s Violin Concerto No. 2 in G Minor premiered later that same year at the Teatro Monumental in Madrid. It was performed by the Madrid Symphony Orchestra conducted by Enrique Fernández Arbós; French violinist Robert Soëtens was the soloist who commissioned the piece after performing the premiere of Prokofiev’s Sonata for Two Violins with Samuel Dushkin three years earlier. Prokofiev’s second violin concerto was such a success that it remains one of the composer’s most popular works even today.

Throughout his life, Prokofiev composed pieces from a wide variety of genres including symphonies, operas, and ballets. In fact, he was writing the music for the ballet Romeo and Juliet at the time he finished composing his second violin concerto, both of which would become some of his most well-known works. 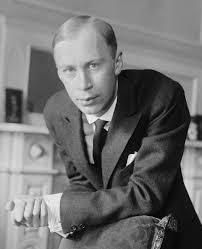