Stand Up for Haydn

Stand Up for Haydn

John Corigliano’s Promenade Overture is a modern take on a classical masterpiece.

The composer admitted as much in his program notes from the 1981 work. He commented that Franz Joseph Haydn’s Farewell Symphony caught him “off guard.” During the final movement of this symphony, the players exit until only a pair of violins remains. Intrigued by the notion of reversing the process — orchestra members entering at the beginning of a work while playing — Corigliano wrote an overture that does just that.

Corigliano explained of his rendition, “Offstage brass announce the start of the work, with the trumpets playing the last five measures of the Farewell Symphony — backward. This forms a fanfare announcing the promenade of performers, which starts with the piccolo, concludes with the tuba, and contains a variety of motives which eventually form a lyrical melody that is built to a climax by the full orchestra.”

(Interestingly enough, Haydn used his last movement’s theatrical flourish as a statement for his patron Prince Nikolaus Esterházy. He was suggesting that his overworked musicians longed to return home to Eisenstadt from the prince’s summer palace in Eszterhaza in rural Hungary. In 1772, when this piece was performed, in the final movement, musicians stood up, extinguished the candles on their music stands and left the room. Haydn appears to have made his point, as the next day the court returned to Eisenstadt.) 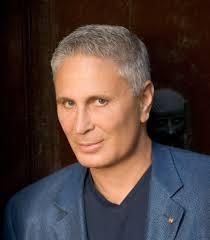