Sergei Prokofiev composed his Symphony No. 5 in B flat major during a critical point in World War II. Russia was anticipating victory over Nazi Germany, and there was a tangible feeling of excitement in Russia. The Evanston Symphony will perform this dazzling orchestral work during its Oct. 26 concert in the Pick-Staiger Concert Hall at 2:30 p.m.

In what is considered one of the most dramatic premieres ever, Prokofiev conducted this work on Jan. 13, 1945, in the Great Hall of the Moscow Conservatory, to an audience consisting of the most prominent people of the day. He started only after a cannonade stopped firing. This gunfire was in celebration of the Russian troops having crossed the Vistula, thus signifying the beginning of the end of the war. It turned out to be Prokofiev’s last time conducting, as a few days later he suffered a fall and concussion and never fully regained his health.

The entire symphony, while certainly of the 20th century, is still firmly based in traditional tonality. The first movement is a slow movement, which is intensely lyrical with singable melodies. The second scherzo movement is in complete contrast, with motor rhythms and energetic drive. The third movement is lyrical with sweeping, soaring melodies. And the finale, like the scherzo, possesses an energetic rhythmic drive, but this time moves almost march-like to its conclusion, and contains one of the most electrifying endings found in any symphony.

Besides this major piece, the Russian Rhapsodies concert will include Sergei Rachmaninoff’s Rhapsody on a Theme of Paganini performed by Kate Liu. The Symphony will also perform Mieczslaw Weinberg’s Rhapsody on Moldavian Themes. Tickets are available at evanstonsymphony.org or by calling 847-864-8804. 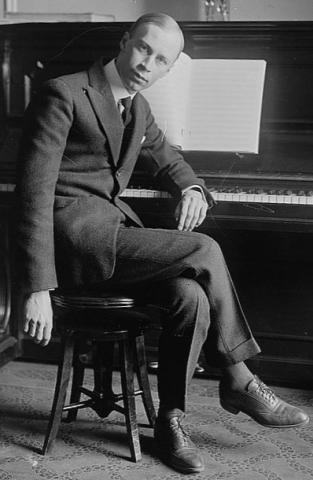