When Pyotr Ilyich Tchaikovsky (1840-1893) began composing Symphony No. 4 in F Minor between 1877 and 1878, he wanted to dedicate the piece to Nadezhda von Meck, a patron of the arts who supported him financially. The two never met in person, but they would write letters to each other discussing Tchaikovsky’s music as their friendship developed over their correspondence. While Tchaikovsky was typically a harsh critic of his own works, he was very proud of Symphony No. 4, as indicated by his letters to von Meck. In fact, Tchaikovsky wrote, “dedicated to my best friend” on the piece. Dedications not only expressed gratitude but declared an artistic partnership. During that time patron and artist were considered equals in the paternalistic nature of Russian society.

Tchaikovsky believed Symphony No. 4 to be his best symphonic work and continued to enjoy the piece throughout his life, unlike some of his other works that he claimed to have “cooled” toward. Surprisingly when the piece premiered in February 1878 in Moscow, it did not receive good reviews and it was several years before it was widely accepted. Today it is considered one of the composer’s best and most performed pieces. 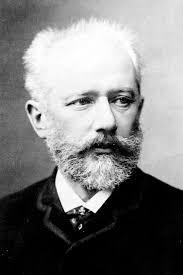