Mozart and the Golden Age of Music in Vienna

Mozart and the Golden Age of Music in Vienna

The middle of the 18th century was a magical time for music in the city of Vienna. By the 1780s, Wolfgang Amadeus Mozart, Josef Haydn, and Christof Gluck had ushered in Vienna’s first golden age of music. When Mozart wrote his 23rd piano concerto there in 1786, the city was bustling and alive with music. Beethoven and Schubert would carry this golden age into the next century.

Mozart is a well-accepted musical prodigy. According to his elder sister, Maria Anna Mozart, “at the age of five, he was already composing little pieces, which he played to his father who wrote them down.” She said that “he often spent much time at the clavier, picking out thirds, which he was ever striking, and his pleasure showed that it sounded good.” When Wolfgang and Maria were children, their father, Leopold Mozart, took them on tours across Europe. Among the cities they performed in were Munich, Prague, Paris, London, Zurich, and Amsterdam. By the time Wolfgang moved to Vienna in 1781, he had already established himself across Europe. He came to Vienna with plans to launch his career to the next level.

Mozart met Joseph Haydn in Vienna around 1784, and the two composers became friends. When Haydn visited Vienna, they sometimes played together in an impromptu string quartet. Haydn wrote, "posterity will not see such a talent again in 100 years," and in 1785 he told Mozart's father, "I tell you before God, and as an honest man, your son is the greatest composer known to me by person and repute. He has taste and what is more the greatest skill in composition."

In 1786, Mozart wrote three piano concertos, No. 23, No. 24, and No. 25, which was the last regular series he wrote for his subscription concerts. The first two he wrote in March of that year. His now-famous opera The Marriage of Figaro also premiered that year, on May 1, under Mozart’s baton at the Burgtheater in Vienna—it was a great success with encores demanded. 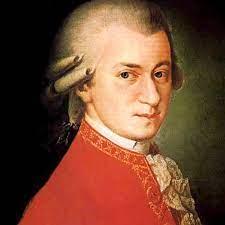