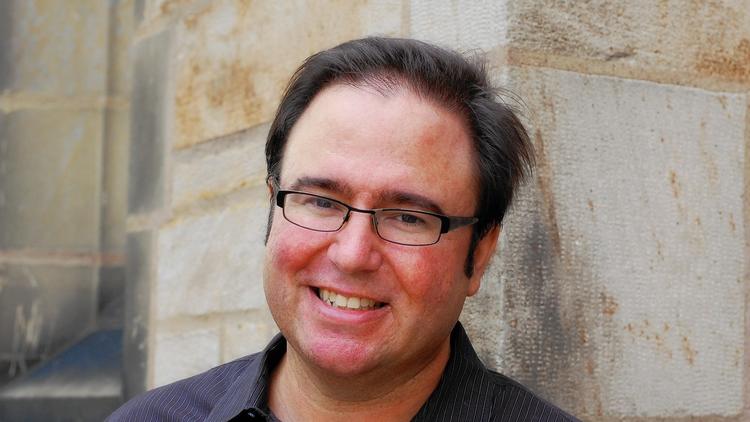 What's new? Quite a lot if you're going to the Evanston Symphony Orchestra's next concert. The program includes not only the Illinois premiere of "Dreamtime Ancestors" by Christopher Theofanidis, but also Concerto for Diatonic Harmonica and Orchestra by Howard Levy, with the composer himself as the soloist.

For this all-American program, music director Lawrence Eckerling will also conduct selections from George Gershwin's 1935 opera "Porgy and Bess," with Levy playing harmonica. Also on the program is "The Red Pony Suite," composed by Aaron Copland, using themes from his score for the 1949 film "The Red Pony."

Regarding the Illinois premiere, Maestro Eckerling describes this work, which is about 20 minutes long, as an accessible, tonal composition. "It's not the kind of piece that would scare people," he said, only half kidding. He was referring to some contemporary pieces that can leave audience members puzzled by what they just heard. "Harmonies change relatively slowly," he continued, "giving you a sense of direction."

The premiere is the third such newly minted composition which the Evanston Symphony Orchestra has played since Eckerling was appointed music director in 2003. Initially the performances were part of the Ford Made in America project, an ambitious plan to commission notable American composers to write a major orchestral piece to be played by 50 orchestras, one in each state.

The first commission in 2004 went to Grammy Award-winning contemporary composer Joan Tower. Her work, titled "Made in America," included persistent echoes of "America the Beautiful." Since its world premiere by the Glens Falls Symphony Orchestra in New York and local premieres in all 50 states, it has enjoyed additional national and international performances.

Subsequently the Ford Motor Company concluded its support, but an independent six-member steering committee has taken up the task of continuing this nation-wide project. The title has changed to New Music for America, according to steering committee chair Robert Rosoff, himself past executive director of the Glens Falls Symphony, who initiated the project back in 2000. "We have 48 orchestras signed up for this season," he said, "but that only represents 42 states, so I'm looking for eight more."

Theofanidis, this season's composer, has won numerous awards, including six ASAP Gould prizes, a Guggenheim Fellowship and the Rome Prize. His music has been performed by orchestras around the world.

This isn't the orchestra's first encounter with Theofanidis. "Five years ago we played the composer's 'Rainbow Body,'" Eckerling explained. "It was the piece with the orchestra shouting at the end."

And according to both Rosoff and Eckerling, "Dreamtime Ancestors," also has an arresting ending.