First Impressions Are Not Always Correct

First Impressions Are Not Always Correct

Before the premiere of Symphony No. 4 in October 1885, Brahms played the piece for some close friends and critics on the piano. Their reactions were far from positive and encouraged the composer to make significant changes to the piece. Naturally, Brahms became overwhelmed with self-doubt and was not confident his final symphony would survive beyond its premiere. Brahms was a perfectionist and would discard pieces he composed because he didn’t think they were good enough. Thankfully he kept Symphony No. 4 and the piece premiered as is. Unlike the initial first impression from Brahms’ colleagues, audiences loved it.

About one month before his death in 1897, Brahms made his final public appearance, at a Vienna Philharmonic performance of the Symphony No. 4. It was clear the audience adored the piece and he was deeply touched by their ecstatic recognition, a response that continues to this day.

Audiences enjoyed listening to Symphony No. 4 during Brahms’ lifetime and still continue to appreciate it more than 100 years later. In fact, many critics today consider Symphony No. 4 to be one of Brahms’ best works in the late-Romantic genre. 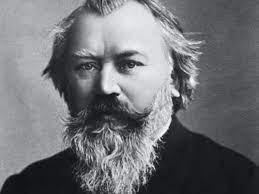