In 1853, at the age of 20, a young Johannes Brahms nervously presented himself to Robert and Clara Schumann. He was the leading composer of the day, and she was a prominent piano soloist and composer in her own right. This fateful meeting would lead to Brahms’ public introduction, and to a lifelong relationship, both musical and personal, with the couple. While Brahms owed the launch of his career to this great composer, he struggled under the weight of Schumann’s description of him as “a chosen one,” and in the shadow of Beethoven’s revolutionary Symphony No. 9, which he first heard in 1854. It would be a full 22 years before Brahms completed a symphony of his own.

As early as 1854, Brahms began work on a sonata for two pianos, which he would practice with Clara while visiting the Schumann home. As the music took form over the next four years, it became clear that the piece demanded more than two pianos. The composer labored over draft upon draft, scoring some sections for full orchestra with ambitions of crafting a symphony, sending manuscripts to musician friends for critique, and even scrapping portions and instead incorporating them into other compositions. The finished work premiered in 1859 in Hanover and met with positive reception, but the second performance in Leipzig a few days later was disastrous.

The Piano Concerto No. 1 in D minor is both powerful and dramatic, reflecting the expressive and emotional tendencies of Romantic period music. Brahms maintained this drama and suspense by introducing surprising elements throughout, such as having the soloist enter with quiet, new music rather than repeating the powerful first theme, or beginning the recapitulation in a new key instead of the expected reunion of the opening music with the main key. It is one of the best-loved and most frequently performed piano concertos in the world. Said pianist Stephen Hough, “[It] is like a symphony where piano and orchestra seem involved at times in a titanic struggle, themes are hurled across the stage with dramatic rhetoric.” 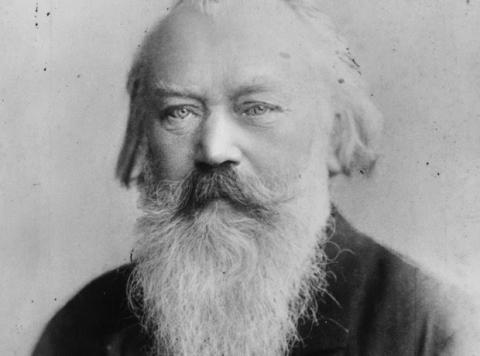