Our blockbuster season concludes as it began, with a monumental work inspired by Beethoven’s 9th Symphony. Gustav Mahler’s Second Symphony includes vocal soloists and full chorus, but adds organ, bells, and a multitude of extra orchestral players, both on-stage and off-stage, to create an overwhelming narrative of death and eventual resurrection. The North Shore Choral Society joins the ESO for the choral finale of the “Resurrection” as well as in a brief motet from Mozart’s final months. 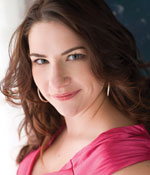 Soprano Carla Janzen is showing promise as an up and coming lyric soprano in opera, concert and recital performances throughout the United States.  She has appeared several times with the Aspen Opera Theater Center, most recently as the Female Chorus in Benjamin Britten’s The Rape of Lucretia with Jane Glover conducting.  According to Opera News, Ms. Janzen “…invested [her] words with weight and feeling and effectively drew in the listener…with her measured, affecting style.” Her love of contemporary music led to her to a performance in a workshop of a new opera, California Fictions by Chicago Symphony Orchestra composer in residence, Mason Bates, where she originated the role of Victoria.  Another career highlight was her appearance alongside acclaimed author and radio personality Garrison Keillor as “The Opera Singer” in the renowned Steppenwolf Theatre’s reading of Studs Turkel’s book Will the Circle Be Unbroken in Chicago’s Millennium Park.

A graduate of Chicago Opera Theatre’s Young Artist Program, Ms. Janzen’s repertoire includes Cio Cio San in Madame Butterfly, Mimi in La Boheme, Donna Giacinta in Mozart’s La Finta Semplice, and the title role in Monteverdi’s L’Incornazione di Poppea. A signature role is Fiordiligi, which she has performed with Intermezzo Young Artists Development Program and Opera in the Ozarks, and covered at Chicago Opera Theatre.  While at COT, she also covered the Female Chorus in The Rape of Lucretia.

Ms. Janzen has performed extensively throughout the Chicago area including performances with the Skokie Valley Symphony, Chicago Folks Operetta, New Millennium Orchestra, Chicago’s Access Contemporary Music, VOX 3 Collective, Governor’s State University, and also as a featured soloist with the Chicago Symphony Orchestra and Chorus in the beautiful Serenade to Music by Ralph Vaughan-Williams. Ms. Janzen has also been seen as the soprano soloist in Handel’s Messiah and the Faure Requiem as well as in concerts of opera and operetta excerpts throughout the US and Germany. In 2007 she was chosen as a winner of the Aspen Music Festival Concerto Competition, and was featured in concert with Maestro Lawrence Renes and the Aspen Sinfonia. She is also a two time central regional finalist of the Metropolitan Opera National Council Auditions.

A native of Bartlesville, Oklahoma, Ms. Janzen earned both her Bachelor’s and Master’s degrees at the University of Cincinnati College-Conservatory of Music.  She is a student of master teacher W. Stephen Smith. 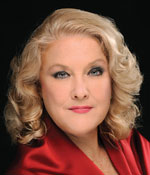 Her operatic repertoire includes Carmen, Regina, Die Walküre, Cosi fan tutte, and Cavalleria Rusticana.  In concert, she has been in demand as soloist for numerous works including Verdi’s Messa da Requiem, Beethoven’s Missa solemnis, and Mahler’s Symphonies No. 2 and No. 3.

Mahler’s “Resurrection” Symphony with Gustavo Dudamel and the Simon Bolivar Orchestra from the BBC Proms 2011. The music begins at 7:25.

The definitive catalogue of Mozart’s works by Ludwig Köchel ends at K. 626, the Requiem (unfinished) of late 1791, which means that the K. 618 Ave verum corpus is a very late work indeed. This brief but exquisite motet for four part chorus, strings and organ was composed for the parish St. Stephan of Baden bei Wien, whose chorus master Anton Stoll was a friend of Mozart. It was the only work Mozart composed during June 1791 as he was primarily occupied with the upcoming premiere of his opera The Magic Flute (K. 620). The  Ave verum corpus was later transcribed for piano by Franz Liszt, which piano version was orchestrated by Tchaikovsky under the title “Preghiera (Prayer)” as part of his suite Mozartiana.

SYMPHONY NO 2 IN C MINOR, “RESURRECTION”

Gustav Mahler once said: “I am thrice homeless, as a native of Bohemia in Austria, as an Austrian amongst Germans, as a Jew throughout the world. Always an intruder, never welcomed.” Yet despite these handicaps, he became known as the world’s greatest conductor, he attained the most prestigious musical directorship in the world (the Vienna State Opera), he married the (reputedly) most beautiful woman in Vienna, and he composed this “Resurrection” Symphony whose seemingly Christian message transcends all religions. Mahler was a part-time composer who created 10 numbered symphonies and the song-symphony Das Lied von der Erde , each lasting 60–90 minutes, between 1888 and 1910.

The Second Symphony was composed between 1888 and 1894 and premiered in 1895. It calls for, in musicologist Richard Taruskin’s careful wording, “the largest orchestra ever specifically demanded by any composer to date.” It requires at least four each of the woodwind family, 10 each of horns and trumpets, four trombones plus tuba, seven timpani played by two (or three) players, a very large percussion battery including bells and two tam-tams, an organ, and as many string players as possible. Many of the brass and percussion players form an off-stage band during the finale.

The “Resurrection” evokes a number resemblances to previous masterpieces, particularly by Beethoven. The symphony as a whole follows the emotional narrative established by Beethoven in his Fifth and Ninth Symphonies of “from darkness to light,” frequently titled per aspera ad astra by musicologists. The key of C Minor is that of Beethoven’s Fifth, but C Minor is also the key of the funeral march of Beethoven’s “Eroica” Symphony. And the usage of a chorus and vocal soloists in the final movement immediately conjures Beethoven’s Ninth, the “choral” Symphony.

I. Allegro maestoso. The 25 minute opening movement began as a stand-alone symphonic poem titled Todtenfeier, or death ceremony. Composed in 1888, it became, with minor alterations, the C Minor funeral march of the “Resurrection.” The opening theme, played by the low strings with rests interrupting the flow, is similar to the rhythmic character of the first theme of Beethoven’s Fifth. Mahler builds this opening theme up to a shattering statement on the brass before subsiding and allowing the emergence of the tender second theme on strings, flutes and horns in the “Heavenly” key of E Major. This second theme remains in the background throughout the movement, re-emerging when contrast is needed. The development of the main theme marches forward over a long time span, growing in intensity until culminating in a series of shattering chords whose dissonance level exceeds even that of the opening of the finale of Beethoven’s Ninth. The final two chords of the development are very similar to those in Siegfried’s Funeral Music  by Richard Wagner, another funeral march in C Minor. The coda is extremely dark, ending very softly, and prompting Mahler to ask for a pause of at least five minutes, possibly more, before continuation of the performance.

II. Andante moderato. The second movement was termed an “interlude” by Mahler — his own description is: “It has surely happened that you have followed a loved one to the grave, and then perhaps, on the way back, there suddenly arose the image of a long-dead hour of happiness, which now enters your soul like a sunbeam that nothing can obscure…”

III. Scherzo: In ruhig fliessender Bewegung. The scherzo is another interlude, but of a much more sardonic character. It is based upon Mahler’s song titled “St. Anthony of Padua’s Sermon to the Fishes” from Des Knaben Wunderhorn  (a collection of German folk poetry). The words of the song depict rapt attention by the fishes to the sermon, but as soon as the sermon has ended they revert to their sinful ways. The climax of the scherzo is an orchestral explosion which Mahler called “a cry of disgust,” and this passage is repeated to open the finale.

IV. Urlicht. This song for the alto soloist follows the Scherzo without a pause. The title means “Primal Light,” and the words are taken from Des Knaben Wunderhorn. The texts and a translation are shown on a following page of this book. Urlicht leads directly into the finale without a pause.

V. Im Tempo des Scherzo’s. Wild herausfahrend. This finale lasts 35–38 minutes and depicts the Day of Judgement and Resurrection of Christian theology. The chorus and soloists sing only in the last 10–12 minutes. After a reprise of the “cry of disgust,” Mahler sets the stage for the ensuing events with a series of “previews,” in which the themes are played softly prior to their ultimate statement. The actual Day of Judgement is announced by the horn section with high pitched trills on the woodwinds. Two huge percussion crescendos announce the bursting forth of the graves and then a march of the dead, which includes a variant of the familiar Dies Irae chant. After another orchestral explosion flute trills represent the last bird calls on earth. The chorus enters very softly, followed by soprano and alto soloists. The music builds to an E Flat Major climax that Mahler described as “colossal,” with organ and bells. Mahler’s final theological note is very ecumenical: “And behold, it is no judgement; there are no sinners, no just. None is great, none small. There is no punishment and no reward. An overwhelming love illuminates our being. We know and are.”