Adam Neiman, a faculty member at Roosevelt University, headlines our Virtuoso Piano concert with one of the great Romantic concertos, that by Robert Schumann. This all-German Romantic program opens with one of Mendelssohn’s most exciting overtures and concludes with Brahms’ towering First Symphony, his tribute to the symphonies of Beethoven, in particular the C Minor Fifth Symphony. 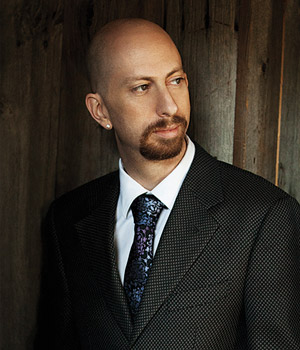 Grammy Award-nominee Adam Neiman is hailed as one of the foremost pianists of his generation. With a distinguished international career and an encyclopedic repertoire that spans more than sixty concerti, Neiman has performed as soloist with the symphony orchestras of Chicago, Cincinnati, Dallas, Detroit, Houston, Indianapolis, Minnesota, Saint Louis, San Francisco, Slovenia, Umbria, and Utah, as well as with the New York Chamber Symphony and the National Symphony Orchestra of Washington D.C. He has collaborated with many of the world’s celebrated conductors, including David Atherton, Jiri Belohlavek, Michael Francis, Giancarlo Guerrero, Theodor Gushlbauer, Carlos Kalmar, Yoël Levi, Andrew Litton, Rossen Milanov, Heichiro Ohyama, Peter Oundjian, Leonard Slatkin, Osmo Vänska, and Emmanuel Villaume. An acclaimed recitalist, Neiman has performed an expansive array of solo recital programs across the major cities and concert halls of Canada, Italy, France, Germany, Japan, Mexico, South Korea, the United Kingdom, and the United States.

Neiman makes frequent appearances at prestigious chamber music festivals around the globe, and he was a member of two award-winning ensembles: Trio Solisti and the Corinthian Trio. A prolific composer, Neiman has composed numerous substantial works for symphony orchestra, chamber ensembles, solo piano, and voice. His multifaceted career includes prestigious appointments as the Artistic Director of the Manchester Music Festival in Vermont and as a full-time piano faculty member of the Chicago College of Performing Arts at Roosevelt University. He is also the founder and CEO of Aeolian Classics, LLC. His extensive discography includes myriad solo, concerto, and chamber music albums for labels such as Aeolian Classics, Bridge, Lyric Records, Naxos, Onyx, Sono Luminus, and VAI.

Born in 1978, Neiman has captured the attention of audiences and critics alike since his Los Angeles debut at age 11 at Royce Hall. At fourteen, he debuted in Germany at the Ivo Pogorelich Festival, and at fifteen, he won second prize at the Casagrande International Piano Competition in Italy, the youngest medalist in the competition’s history. In 1995, Neiman also became the youngest-ever winner of the Gilmore Young Artist Award, and, in the following year, he won the Young Concert Artists International Auditions. Two-time winner of Juilliard’s Gina Bachauer International Piano Competition, Neiman received the Rubinstein Award upon his graduation in 1999, the same year in which he received the Avery Fisher Career Grant. Neiman’s principal teachers have included Trula Whelan, Hans Boepple, Herbert Stessin, and Fanny Waterman.

Schumann
Piano Concerto in A Minor

with Martha Argerich and Antonio Pappano in Rome.

with the NDR Elbphilharmonie under Christoph von Dohnanyi.

MENDELSSOHN’S FINAL CONCERT OVERTURE. Felix Mendelssohn is not usually thought of as a musical innovator, but more as a gifted melodist who worked on perfecting existing forms. In fact, musicologist Richard Taruskin states that “…Mendelssohn was arguably the greatest composing prodigy in the history of European music.” Taruskin makes this claim because “Mendelssohn produced works as early as the age of sixteen that have to be considered mature masterpieces, the equal of anything anyone was writing at the time.” By comparison, Mozart was nineteen before “writing music in a style, and of a quality, that was entirely his own.”

One of Mendelssohn’s earliest masterpieces, composed at age seventeen, was his Overture to Shakespeare’s Midsummer Night’s Dream, which was a stand-alone piece when composed and not attached to performances of the play. Mendelssohn was a pioneer in the form of “concert overture”, which serves as a curtain raiser to a concert rather than to a stage work. Mendelssohn wrote nine such works in total, of which the Hebrides Overture and the Midsummer Night’s Dream are the best known. The Ruy Blas Overture is the last of Mendelssohn’s concert overtures, even though it was written for a performance of the play by Victor Hugo whose title it bears. Mendelssohn detested the play and only composed the overture to prove that he could do it quickly- which meant in only three days. The resulting overture is particularly turbulent for Mendelssohn, with an arresting brass fanfare which recurs several times.

PIANO CONCERTO IN A MINOR, OP 54

A PERFECT PIANO CONCERTO?  Robert Schumann, along with Mendelssohn and Frederic Chopin (1810-1849), formed a trio of composers who helped define Romanticism in music before dying at very early ages. Chopin composed almost exclusively for the piano; Mendelssohn was a master of orchestral effects; Schumann started as a pianist but wanted to compose for orchestra. Unfortunately Schumann’s symphonic efforts, particularly his four symphonies, have been criticized for thickness of texture, lack of understanding of the orchestra, and so on since their composition.

However, the one great exception is his Piano Concerto in A Minor: “It has perhaps the most perfectly realized balance of forces of any standard piano concerto, with the soloist and the orchestra cooperating in all the thematic presentations, as well as in the transitional, episodic, and developmental passages.” (Richard Taruskin in the Oxford History of Western Music). In 1841 Schumann wrote a single movement Concert Fantasy for Piano and Orchestra; in 1845 he modified this Fantasy and added two more movements to create a full concerto, which was premiered with his wife Clara as soloist.

I. Allegro affetuoso. The concerto starts with a “bang” before the main theme is played by the oboe. The secondary theme emphasizes the clarinet, but the piano is always active, interweaving with the orchestra. Schumann writes out the solo cadenza which is played just before the end of the movement.

II. Intermezzo (Andantino grazioso). The F Major second movement is a true intermezzo between the two larger outer movements, with a middle section which features a particularly melodic theme for the cellos. At the end of the movement the first theme of the opening movement returns as a transition to the final movement, which follows without a pause and shifts the key to A Major.

III. Allegro vivace. The vigorous and exciting finale was originally titled “Rondo” by Schumann. A rondo alternates two or three themes without true development, and is the typical form for a concerto finale.

BEETHOVEN’S TENTH. The musical world of Europe eagerly anticipated two major premieres in 1876: the complete four operas of Wagner’s Der Ring des Nibelungen and the First Symphony of Johannes Brahms. Brahms felt under extraordinary pressure due to his status as the pre-eminent living composer of the Austro-German tradition, and due to the already iconic view of the symphonies of Beethoven. “You don’t know what it’s like, always to hear that giant marching along behind me” Brahms once wrote. The key of C Minor is a deliberate reference to the key of Beethoven’s Fifth Symphony, and the eventually triumphant C Major finale is a reenactment of the “plot” of Beethoven’s Fifth.

I. Un poco sostenuto. Allegro. The symphony begins with a tragic introduction over pounding solo timpani strokes. The main allegro is driving and grim, with a seldom observed exposition repeat (which will be played in this performance).

II. Andante sostenuto. The middle movements of this symphony are much lighter in character than the two outer movements. This slow movement is notable for its prominent solo violin part near the end.

III. Un poco Allegretto e grazioso. This is a genial and relaxed intermezzo in ABA form, as opposed to a vigorous scherzo.

IV. Adagio. Piu andante. Allegro non troppo, ma con brio. The finale is the culmination of the entire symphony. The slow introduction continues the C Minor mood of the first movement until shimmering strings and a horn call announce the key of C Major. The three trombones enter for the first time in the symphony and intone a solemn chorale, which will return as the climax at the very end. The exposition now begins with the best known theme of the symphony, a richly scored string melody evoking a wordless chorus and very similar in its melodic contour to Beethoven’s “Ode to Joy”. This theme returns as part of the development, but it then vanishes without its “normal” return in the recapitulation or coda. Instead, the horn call from the introduction marks the formal recapitulation, and the brass chorale provides the final affirmation of this triumphant tribute to Beethoven.