GRAMMY-nominated composer Zhou Tian was born into a musical family in Hangzhou in 1981. His father was a composer for television shows, and Zhou often worked with him, having already begun playing piano in recording sessions and arranging music by the age of 12. The China of Zhou’s youth was one marked by economic reforms, which led to substantially increased incomes; greater availability of food, housing, and other consumer goods; and a rapid exodus of workers from traditional agriculture into manufacturing. Zhou’s own exodus, however, was from China to the United States, and his profession was music rather than manufacturing. He trained at top music institutions including Curtis Institute of Music, Juilliard School, and University of Southern California, and he studied with some of the country’s finest composers, such as Jennifer Higdon, Christopher Rouse, and Stephen Hartke. In addition to serving as Associate Professor of Composition at Michigan State University College of Music, Zhou has composed works that are performed by leading orchestras and artists around the world, has held composition fellowships from Tanglewood, Aspen, Henri Mancini Institute, and American Conservatory at Fontainebleau, has served as assistant professor at Colgate University, and was Artist-in-Residence with the Shanghai Symphony Orchestra for the 2019-2020 season.

Transcend takes inspiration from many places and cultures, but its origins can be traced to Reno, Nevada. The Reno Philharmonic was seeking to do something spectacular to celebrate their 50th anniversary in 2019, and it came to the attention of the orchestra’s leadership that May of that year also marked the 150th anniversary of the completion of the Transcontinental Railroad. Music Director Laura Jackson had known Zhou since 2007 and was certain he would be the perfect composer for the job, which Zhou eagerly accepted. As conversations about the commission continued, the Reno Philharmonic decided to invite other orchestras to participate. Eventually 12 other orchestras, including the Evanston Symphony Orchestra, would sign on, many from cities along the railroad’s original route. Thus, as the Transcontinental Railroad connected the country 150 years ago, so, too, did Transcend. Zhou took his own year-long, cross-country journey during the composition process, seeking inspiration by visiting locations that connect to the history of the railroad. Perhaps the most notable visit was to the Union Pacific Railroad Museum, where a conversation with Raleigh, a railroad worker turned docent, revealed that the railroad’s completion was announced via nationwide telegraph, in Morse code, with a single word: DONE. The rhythm of this Morse code message became the rhythmic motif upon which Transcend’s final movement is based. The work premiered on April 27, 2019, at Pioneer Center for the Performing Arts, and has since been performed by 11 orchestras between May of 2019 and October of 2020. The Evanston Symphony Orchestra will deliver the final performance of the commission cohort on May 22. Transcend has already met with warm critical acclaim, and a PBS documentary chronicling the making of composition, “The Work of Art: Reno Phil,” has received national distribution by American Public Television and won a Silver Telly Award for Best Documentary – Individual in 2020.

Not only did this commission give Zhou Tian the opportunity to commemorate a pivotal moment in American history, but it also allowed him to pay tribute to his own cultural heritage. Thousands of Chinese workers labored through harsh weather and cruel working conditions, and many did not survive to see the railroad finished. Unfortunately, the mixing of ethnic groups and cultures sparked by the railroad construction did not last, as these workers were denied naturalization by the passage of the Chinese Exclusion Act in 1882. Those who remained in the country brought traditional art and music into the American culture, and Zhou honored their contributions and memorialized their hopes for a better future by incorporating melodies and harmonies inspired by traditional Chinese folk music into the second movement.

Don’t miss this expansive, percussive, lyrical work, on May 22. It is joined on the program by Tchaikovsky’s Romeo and Juliet and Dvořák’s Cello Concerto in B Minor, featuring soloist Arlen Hlusko. Join us at 2:30 p.m. at Pick-Staiger Concert Hall, 50 Arts Circle Drive in Evanston. For tickets and more information, call 847-864-8804 or visit evanstonsymphony.org. 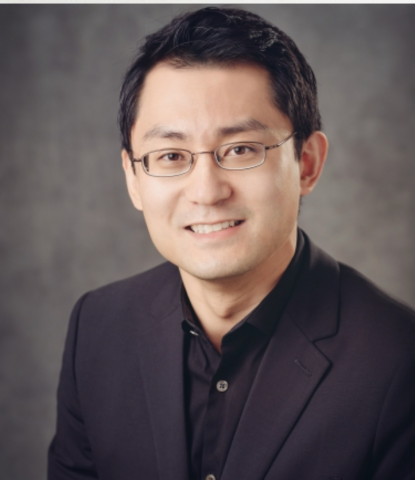