The (Only) Optimistic Opera of Richard Wagner

The (Only) Optimistic Opera of Richard Wagner

Richard Wagner is widely lauded as the premier composer of German opera with a place in the history of music that cannot be denied. In addition to ushering German Romantic opera to its highest point, Wagner created the new genre of music drama, in which the music is continuous throughout each act rather than being divided into concrete arias, recitative (speech-singing that carries the story forward), or other set numbers. However, the music still bore the characteristics of these opera building blocks, and even Wagner couldn’t resist the occasional grand scene that didn’t exist solely to carry the plot forward, despite his belief that music should serve to convey dramatic expression.

A device that helped lend coherence to Wagner’s continuous action and music was his use of the leitmotif, a musical theme or motive tied to a specific person, object, emotion, or idea in the music drama. The genius of Wagner is evidenced particularly in this seemingly simple plot device, which might grow in significance throughout the work, recall an object in a scene where it is not even present, or suggest connections between objects through the similarity of their themes. In fact, Wagner’s leitmotifs form the basis of his scores, with their development, repetition, and variation serving as the scaffolding upon which the entire work is built.

Die Meistersinger von Nürnberg is one of Wagner’s music dramas, and like many of his compositions, the libretto for this work was written by the composer himself. Unlike Wagner’s other compositions, it was a completely original story and the only comedy he would ever write. Wagner composed Die Meistersinger von Nürnberg between 1862 and 1867 when he was on a break from writing Siegfried, the third of four dramas that make up the epic Der Ring des Nibelungen cycle, and a great departure it was; this music drama served up a light comedy about love and the artistic process, and it is perhaps his only truly optimistic work.

Die Meistersinger von Nürnberg was a long time coming not only in its actual composition but in the time it took for Wagner to even start working on it. He initially conceived of the work and started sketching out the libretto a full 17 years before committing a note to the staff. The Overture, or Prelude (Wagner’s preferred term), was the first part of the music drama that the composer wrote, inspired by the view of a sunset from his balcony. Wagner claimed that his first draft composed between April and June of 1862 was the very version that remained in the final work, and that it contained the main motives of the entire drama. This includes the contest-winning song written by the music drama’s hero, Walther, upon which the plot is based. Though it would take five more years to finish the full composition, the Prelude was premiered on November 1 of that same year with the Leipzig Gewandhaus Orchestra conducted by Wagner. 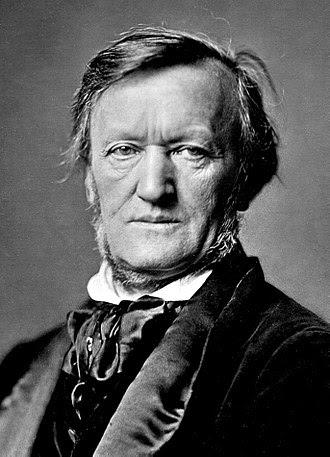