You may recall a previous article in which we shared music recommendations from Evanston Symphony Orchestra members’ pandemic playlists. One musician had been listening to Violin Concerto No. 2 by Florence Price and mentioned that the printed music for the work had something of an interesting history. Indeed, there is a fascinating backstory to the manuscript itself, but there is so much more to Ms. Price’s life that merits telling. Read on to learn more about her compelling story.

If you haven’t heard of Florence Price, you are not alone. Her music is not often heard in concert halls, and before a recent revival of her work over the past 20 years or so, it was rarely played at all. And yet she was a composer of some renown in her own time, with her Symphony No. 1 in E minor described by a Chicago Daily News critic as “worthy of a place in the regular symphonic repertory,” and the composer herself described by a 21st-century journalist as having “distinguished her compositions with humility and nobility, using her finely honed talent to communicate a unique synthesis of two cultures, African American and European.” What prevented Price from achieving great commercial success during her life? She was a woman, and she was Black.

Born Florence Beatrice Smith on April 9, 1887, Price’s father was a dentist who had moved to Little Rock, Ark., after his practice was destroyed in the great Chicago Fire of 1871. Her mother, a pianist and elementary school music teacher, was her daughter’s first music teacher. Price showed great talent and was already performing by the age of four. After graduating as valedictorian of her high school class at age 16, she enrolled at the New England Conservatory of Music, one of the few conservatories at the time that admitted African American students.

Price graduated with honors, majoring in piano and organ, and by 1910 she was the head of the music department at Clark Atlanta University in Atlanta, Georgia. In 1912, she married attorney Thomas J. Price and they moved back to Little Rock, where she gave piano lessons, composed, and wrote exercise books for young students, all while raising a family. Racial tensions were already high in the city, but they escalated in 1927 with a lynching and riots, causing the Prices to flee to Chicago. Though Florence’s career began to blossom there, Thomas struggled to find work and became abusive. The couple divorced in 1931, leaving Florence to raise two daughters alone.

To make ends meet, Price taught piano, played the organ for silent films, and wrote songs for radio ads. Things changed in 1932, when she submitted her works to the Rodman Wanamaker Contest in Musical Composition, a major competition for African American composers. Price won first prize for her Symphony No. 1 in E minor and third for her Piano Sonata and caught the attention of Frederick Stock, music director of the Chicago Symphony Orchestra, who led the world premiere on June 15, 1933.

With that concert, Price became the first Black woman to have a composition performed by a major American orchestra, and her career took off. A notable highlight came in 1939 with contralto Marian Anderson’s historic Lincoln Memorial concert on April 9. When Ms. Anderson was barred from performing in Constitution Hall, a segregated venue in a segregated Washington D.C., First Lady Eleanor Roosevelt stepped in to orchestrate an outdoor concert on the steps of the memorial. An estimated 75,000 people attended, along with an international radio audience, and the performance closed with Price’s setting of the African American spiritual “My Soul’s Been Anchored in the Lord.”

After Price passed away suddenly from a stroke in 1953, her compositions were lost in relative obscurity, some literally; many of her manuscripts could not be found. That is, until 2009. Vicki and Darrell Gatwood purchased a dilapidated home in St. Anne, Ill., about 60 miles south of Chicago, with plans to renovate it. That year, while exploring an area of the house that had miraculously remained dry, they discovered piles of musical manuscripts, books, personal papers, and other documents. The name Florence Price kept reappearing, and an Internet search revealed that she had been a fairly well-known composer, based in Chicago.

As it turns out, their fixer-upper had once been Price’s summer home. The collection contained some 200 manuscripts, including dozens of scores that had been presumed lost. This recent rediscovery has led to a rediscovery of Florence Price herself and a renewed interest in her compositions. G. Schirmer has since acquired Price’s catalog, two of the rediscovered works were recorded in 2018, and more and more of her compositions are making their way to the concert stage. Here’s hoping that, in its second life, the composer’s music will attract the acclaim it deserves. 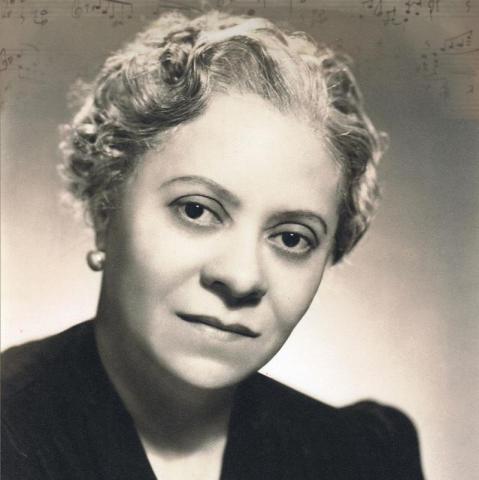