In 2014 Charles Taylor found himself unexpectedly conducting a children’s choir at Millennium Park. The concert was a tribute to Nelson Mandela, who had passed away the year before. The scheduled conductor was unable to make it and Charles suddenly found himself thrust into the limelight. He loved it. Now, 7 years later, he is honored to be the recipient of the prestigious scholarship of the William Grant Still Initiative for Black Conductors. The scholarship has several important goals.

Charles’ road to the scholarship has involved years of exploring his passion for music. He has taught music lessons, conducted children’s choirs, and spent a lifetime joyfully singing. For the past 18 years, the ESO has been honored to have Mr. Taylor teach in our Music in Your World program in District 65’s Head Start and Pre-K programs. With his participation, the ESO has brought free monthly music education classes to more than 400 low-income children each year, including children with special needs. There are children in District 65 orchestras and bands who received their first music instruction and first held a violin with Charles and our orchestra volunteers. Recently, Charles was gratified to watch one of his earliest students graduate from high school and head into college.

Charles holds a bachelor’s degree in Vocal Performance from Northwestern University and is on the faculty of the Merit School of Music. He became aware of the conducting scholarship through the American Choral Director’s Association. The application process was rigorous, and it included interviews and essays. He was able to convey his passion for music, an early formative experience in a choir conducted by Leonard Bernstein, and how he draws children into a love of music by holding bits of information and knowledge, and then gifting them to children at just the right time.

During the retreat he will be totally focused on conducting from June 30 through July 18, first conducting quintets and then conducting in front of orchestras every day. The ESO is excited to hear all about it when Charles returns. 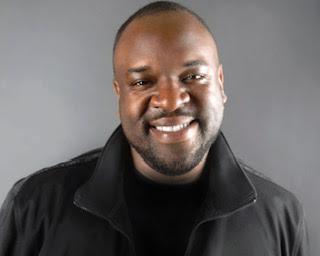